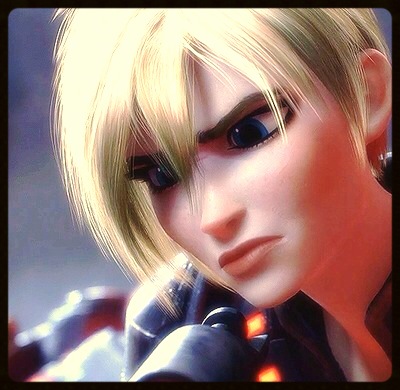 Forecast: 'Ralph,' 'Flight' Kick Off Holiday Season This Weekend
November 1, 2012 18:33 PDT - By Ray Subers - Box Office News
This weekend, three new movies will attempt to provide some escape for moviegoers in the Northeast who are still grappling with the ramifications of Hurricane Sandy.

At over 3,752 locations (2,911 of which have 3D), Disney Animation's Wreck-It Ralph will claim first place by a large margin, while Denzel Washington movie Flight is set to land at 1,900 theaters. The odd man out is likely going to be RZA's kung fu flick The Man with the Iron Fists, which will have a fairly low debut at 1,868 venues.

With large swaths of the country still without power in the wake of the storm, it's easy to imagine that the box office would suffer. However, the revenue figures from the past few days don't seem to bear out this theory: for example, Argo saw a week-over-week decline of 19 percent on Monday (when the storm was at its strongest), followed by 14 percent on Tuesday and 10 percent on Wednesday, all of which were below the movie's 27 percent decline over the weekend. It's the same situation for Hotel Transylvania, Taken 2 and Paranormal Activity 4, which suggests the Sandy impact is, for whatever reason, not very significant.

Ralph seems well-positioned to open on the higher end of this range thanks to a strong concept and a well-executed marketing effort. For an animated movie to really take off, it's critical to appeal to parents: Wreck-It Ralph's title character is an 80s-era arcade villain similar to Donkey Kong, and the visual gags associated with this have gone a long way to invoking nostalgia among older audiences. Children should also buy in, with the "Hero's Duty" game targeting boys and the "Sugar Rush" game targeting girls.

The competition is fairly light, as Hotel Transylvania should fade quickly post-Halloween. Disney is expecting low-to-mid $40 millions, though it wouldn't be surprising if the movie ended up a tad higher.

Denzel Washington is one of the biggest box office stars working today, and if Flight really takes off it will be on his shoulders. Washington is coming off one of his biggest movies ever in Safe House, which opened to $40.2 million in February on its way to $126.2 million total. Basically all of his movies debut north of $20 million, and his audience is an older one that's accustomed to turning out to "R" rated fare like Flight.

Flight is director Robert Zemeckis's first live-action movie in nearly 12 years, and Paramount's marketing department is pushing his credits almost as much as Denzel. Most material includes a reference to Cast Away and Forrest Gump, which combined earned over $563 million at the domestic box office. Flight isn't going to live up to that standard, though: while people who have seen the movie are generally praising it, they tend to admit that the challenging addiction story is going to prompt mixed word-of-mouth among mainstream audiences.

Opening weekend is also going to be held back a bit by the light release pattern: Paramount is only pushing Flight out in to 1,900 locations, which is extremely low for a movie with such a high profile. As a result, it's going to debut lower than typical Denzel fare (Paramount is expecting around $12.5 million, which seems a bit low but is still generally on point).

The Man with the Iron Fists is also getting a light release in to just 1,868 locations, though it's going to open much lower than Flight. The movie is a niche product, and will mostly appeal to older males and ethnic moviegoers; unfortunately, that's the same crowd that's going to be digging Argo and Flight this weekend. Universal is expecting between $7 and $10 million this weekend, though it wouldn't be shocking if RZA's passion project winds up slightly below that.

Based on comparable early-November animated titles, Wreck-It Ralph needs at least $35 million to get a pass. Flight isn't going out in enough theaters to match Denzel's typical $20 million debut, but $15 million should still be very doable. The Man with the Iron Fists is from a major distributor and co-stars Russell Crowe, so $10 million really is the bare minimum.