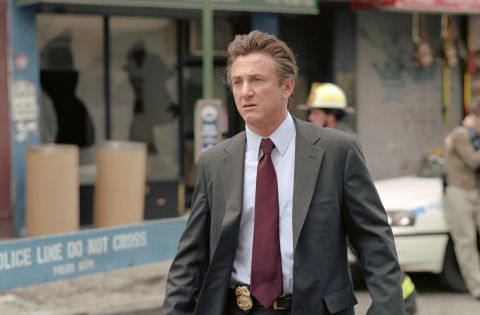 The Essentials, in its fifth season, fits Osborne's resume. Virtually synonymous with Turner Classic Movies, Osborne is author of 75 Years of the Oscar®, written at the request of the Academy of Motion Picture Arts and Sciences, a columnist for trade publication The Hollywood Reporter and the host of TCM's Private Screenings, an hour-long interview series that has featured such stars as Robert Mitchum, Shirley MacLaine and Charlton Heston. He shared his thoughts with Box Office Mojo on the Oscars, the stars and the movies.

Box Office Mojo: What changes have you seen in how people see the movies?

Robert Osborne: People's enthusiasm for classic movies. I've worked at a lot of jobs and when people would see me on the news [as an entertainment reporter] they would [come up and] say, 'hey, you're on the news' and then walk away. But, with TCM, people come up with such enthusiasm—and not only in New York. At the Oscars, Lauren Bacall came up to say 'I've got to see Jeanette Macdonald and Nelson Eddy on Monday night.' I get stopped by a lot of people in their twenties, too, and I find that very encouraging.

Box Office Mojo: How do you prepare for your Private Screenings interviews?

Robert Osborne: I do read up a lot about them and I want to be able to refer to notes during the interview without them noticing—because the key to an interview is to lull people into forgetting they are being interviewed and just have a conversation.

Robert Osborne: It really hasn't happened. We do mention the Warner Home Video [products], but, as a moviegoer, I would love knowing the [Greta] Garbo and Cary Grant [home video] collections are out there anyway.

Box Office Mojo: Several motion picture selections for this season of The Essentials—such as Little Women, Gone with the Wind and Gunga Din—are based on literary sources. Has that practice been lost?

Robert Osborne: That's really a good point. When David O. Selznick was a little boy, he read books, and most of his films are based on great books—like David Copperfield [by Charles Dickens]—but, today people grow up on television, so you get Bewitched instead. Occasionally, someone does something like Pride and Prejudice [based on the novel by Jane Austen], but it's rare and that's why we don't have the quality of stories.

Box Office Mojo: You were also a contract player for Lucille Ball and Desi Arnaz's studio, Desilu. As someone who worked under the studio system—and in light of actor Christopher Lee's recent comments about today's inexperienced actors—would the studio system be better for Hollywood?

Robert Osborne: I think it was better. It was knocked around for so many years but I think in looking back even most actors agree it would be better. The studios could guide you, buy the clothes, provide training. Even at Desilu, Lucy had guys come over and teach us movement, fencing, make-up and more.

Box Office Mojo: You're the official biographer of the Academy Awards. What did you think of this year's Oscars?

Robert Osborne: I was there—as kind of the official greeter. I got to talk to people on the red carpet and that was fun. I thought the show was really good but the audience was really bad—the people that go to the [awards] shows are really jaded. Inside the theater, there was a kind of lethargy. I thought [host] Jon Stewart was funny. It's true that there isn't as much glamour as there used to be, but, basically, today's stars don't really have the same stature as Audrey Hepburn or Cary Grant. There's something about star quality that you can't fake.

Box Office Mojo: Why are you taking director Sydney Pollack's job as co-host with Molly Haskell of TCM's The Essentials?

Robert Osborne: [Laughs]. It's not really taking his job. They had [director] Rob Reiner as host and they wanted every season or two to have something new and fresh. I think it will be fun. I know a lot about the history of the movies, yet Molly Haskell is a serious film analyst who offers a woman's perspective. We can sit and argue about things, which we do. She picked 50 movies [to air on the program] and I made the final pick of 30.

Box Office Mojo: Do you have a favorite director?

Robert Osborne: Howard Hawks. He worked in all the genres so well. Bringing Up Baby, Gentlemen Prefer Blondes, To Have and Have Not. I also like Alfred Hitchcock, George Cukor, David Lean—but you always knew what you were going to get. With Howard Hawks, there was a certain variety besides the higher quality. Among today's directors, [director] Ang Lee, who went form Sense and Sensibility to Crouching Tiger, Hidden Dragon to Brokeback Mountain. He's certainly a man always striving for quality.

Robert Osborne: I saw Crash. I was really glad to see it was nominated, but I think Brokeback Mountain had more stature. I There's still a certain reticence about daring subjects.

Box Office Mojo: What are some examples of great movies that made a lot of money?

Robert Osborne: Certainly Bridge on the River Kwai, Lawrence of Arabia, Gone with the Wind—they all made big money. Things changed when Star Wars came out and it didn't win an Academy Award [for Best Picture]. It showed you don't have to win an award to make money.

Robert Osborne: One reason is movies cost so much to make. It's only the small independent filmmakers who can afford to make those daring movies. The movies we show [on Turner Classic Movies] were made in factory days when studios owned their soundstages—and their actors—and movies were made for under a million [dollars]. So they didn't have to hit home runs every time—they could afford to make Treasure of the Sierra Madre, even though there were no women in it. It's a little distressing to know that nobody would go see these [TCM] movies [in theaters] today because people in the pictures talk to one another and they're about ideas. Now, we have to be attached to things that are constantly moving [on screen], and that's a big change. I don't think the movie industry today is supplying enough quality and variety. TCM is trying to meet that demand.

• Amazon.com - 75 Years of Oscar: The Official History of the Academy Awards by Robert Osborne