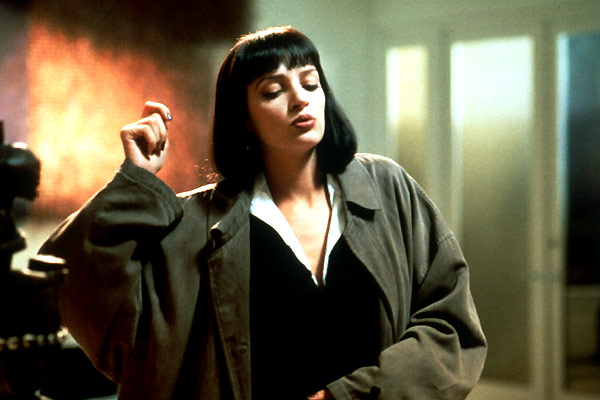 "I'm glad to be back for the third time as host of the Independent Spirit Awards, especially to commemorate their 20th Anniversary. The Spirit Awards have always been a cool, laid-back celebration and a great way of getting actors together who embrace the independent film genre." said Jackson.

"We are thrilled to have Sam return as host, particularly for the 20th Anniversary of the Independent Spirit Awards," said Diana Zahn-Storey, the producer of the event. "He is a fantastic actor, with an impressive, eclectic body of work which constantly surprises us. But above all he is truly the embodiment of cool and we are looking forward to him putting his personal stamp on this landmark year."

Respectfully labeled as one of the hardest working actors in Hollywood, Jackson is an undisputed star. He made an indelible mark on American cinema with his portrayal of 'Jules', the philosophizing hitman, in Quentin Tarantino's Pulp Fiction for which he won his first Independent Spirit Award as well as Best Supporting Actor nominations for both the Academy Awards and Golden Globes.

His many film credits include Do the Right Thing, The Incredibles, Stars Wars Episode II: Attack of the Clones, XXX, Shaft, A Time to Kill (which earned him a Golden Globe nomination and an NAACP Image Award), Eve's Bayou (which he also produced and won his second Independent Spirit Award), Cavemen's Valentine, Jackie Brown (which garnered him a Golden Globe nomination); Unbreakable; Hard Eight (which earned him a Independent Spirit Award nomination.), The Red Violin, The Negotiator, Jungle Fever, Patriot Games, and Losing Isaiah. Jackson made movie history with his portrayal of a crack addict in Spike Lee's Jungle Fever when he was awarded the first and only Best Supporting Performance Award ever given by the judges at the Cannes Film Festival. Jackson's upcoming releases includes Les Mayfield's The Man, opposite Eugene Levy, in theaters April 2005, and Star Wars: Episode III in theaters in May, and Sony Classics, In My Country. He can currently be seen in Paramount Pictures' Coach Carter.

Selected from more than 190 submissions, the winners will be unveiled at the IFP Independent Spirit Awards ceremony on Saturday, February 26, 2005, in a tent on the beach in Santa Monica. The Honorary Chairs and Presenters will be announced shortly.

Diana Zahn-Storey returns to produce the event for the eleventh consecutive year. The ceremony will air live on IFC (Independent Film Channel) at 5:00 pm EST on Saturday, February 26, 2005 and is edited for rebroadcast on Bravo the same evening at 10:00 pm EST/PST, following an exclusive one-hour red carpet show at 9:00 pm EST/PST.