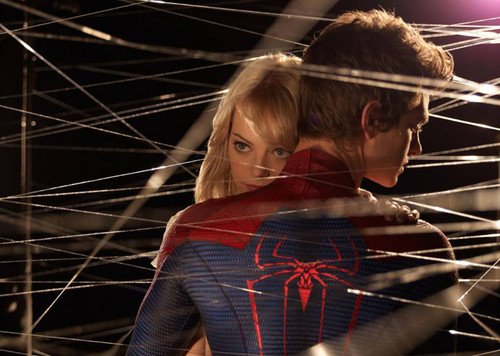 'Amazing Spider-Man' Nets $7.5 Million at Midnight
July 3, 2012 11:08 PDT - By Ray Subers - Box Office News
The Amazing Spider-Man earned an estimated $7.5 million from midnight shows last night. Among comic book movies, that's much lower than The Avengers ($18.7 million) and The Dark Knight, but about on par with Iron Man 2 ($7.5 million). Sony is also reporting that the figure is identical to Spider-Man 3's midnight haul from the first weekend of May 2007. IMAX showings at 300 locations accounted for $1.2 million, or 16 percent of the gross.

While the Spider-Man 3 comparison is a flattering one (that movie wound up earning $151.1 million through its first three days), it isn't really an apples-to-apples one. With kids still in school, the first weekend of May rarely turns out strong midnight numbers, while all kids and many adults are off leading in to the Fourth of July holiday. Also, the way in which audiences attend midnight movies has changed noticeably in the past few years: the top eight midnight openings ever have taken place since 2009 (only five of the top eight opening weekends are in that same time frame). Finally, with the addition of 3D and the drastically increased number of IMAX venues, tickets for The Amazing Spider-Man are much more expensive than those for Spider-Man 3.

It's hard to predict exactly how The Amazing Spider-Man will fare through its first six days, given the lack of comparable Tuesday releases. It is clear now that $100 million is a guarantee, while $150 million also appears to be a very reachable figure.