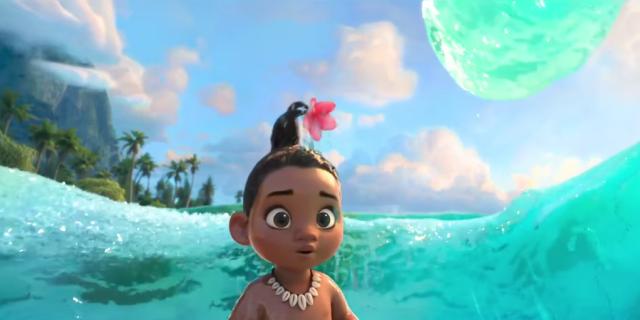 'Moana' Repeats at #1, Topping Slow Post-Thanksgiving Weekend
December 4, 2016 16:57 PST - By Brad Brevet - Box Office News
In a repeat of last weekend, Disney's Moana finished atop the weekend box office for a second week in a row followed by the third weekend of WB's Fantastic Beasts and Where to Find Them. Overall the weekend played pretty much as expected with a few over-performers here and there along with the weekend's widest new release Incarnate falling short of its meager expectations.

Moana dropped 50% from its three-day opening weekend, finishing #1 with an estimated $28.37 million bringing the animated feature's domestic cume to just under $120 million. Internationally Moana added another $32 million from 30 territories as its international gross now stands at $57.5 million for a worldwide haul topping $177 million.

In second place, WB's Fantastic Beasts and Where To Find Them dropped 59% compared to last weekend, bringing in an estimated $18.5 million for a domestic cume that now totals $183.5 million, tenth largest among all 2016 releases. Added to that, Beasts brought in an impressive $60.4 million internationally this weekend from 67 markets. It's overseas total now totals $424.4 million for a worldwide gross topping $607 million making it the tenth largest worldwide release of 2016 so far.

Arrival took third place with an estimated $7.3 million, dropping an impressive 36% from last weekend as its domestic cume now totals $73 million. Paramount also found itself in fourth position with Allied, which out-performed Mojo's forecast, delivering an estimated $7 million weekend, dropping 44.5% from its three-day opening weekend for a domestic cume that now stands at $28.9 million.

Disney and Marvel's Doctor Strange rounds out the weekend top five with an estimated $6.48 million bringing its domestic gross to $215.3 million. This makes it the ninth largest domestic release in the Marvel Cinematic Universe. Added to that, with a $3.7 million weekend in 51 markets, Strange's international cume now climbs to nearly $420 million as it passes Iron Man 2 to become the eighth largest worldwide release in the MCU.

Further down the list we come to BH Tilt's Incarnate, a new PG-13 thriller that fell short of its target $4-5 million opening, bringing in an estimated $2.6 million from 1,737 theaters. Also opening this weekend was moderate-sized release of Smith Global Media's Believe, which debuted in 639 theaters and finished outside the top ten with an estimated $602,519.

Elsewhere, Roadside Attractions and Amazon's Manchester by the Sea finished just outside the top ten as it expanded into 156 theaters (+108) and brought in an estimated $2.6 million ($15,151 per theater average). The film recently won Best Film from the National Board of Review, was nominated for eight Critics Choice Awards and saw Casey Affleck win Best Actor at the Gotham Awards as it is hoping for Oscar glory over the next couple months.

Speaking of Oscar-hopefuls, Fox Searchlight debuted Jackie starring Natalie Portman in three theaters in New York and two in Los Angeles this weekend where the film took in an estimated $275,000 for a solid $55,000 per theater average. On December 9, Jackie will open five more new markets—Washington DC, San Francisco, Boston, Toronto and Phoenix—as well as adding a few theaters in both NY and LA.

Overall, the weekend top twelve grossed a combined $88.2 million, which is down just a fraction compared to the same weekend last year when The Hunger Games: Mockingjay - Part 2 finished #1 in its third weekend in release.

Like this weekend, next weekend should be relatively quiet with only one new wide release in the ensemble comedy Office Christmas Party debuting in ~2,800 theaters and the expansion of EuropaCorp's Miss Sloane into ~1,600 theaters. Next weekend will also feature yet another Oscar-hopeful in the limited release of La La Land, which was just nominated for 12 Critics Choice Awards. Following that, however, we get into the thick of the holiday season with the release of Rogue One: A Star Wars Story.