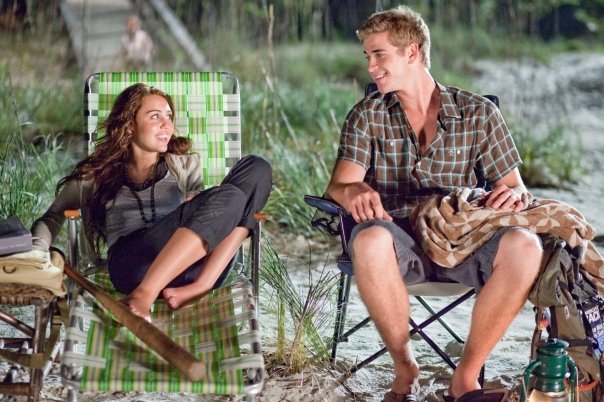 ‘Last Song’ Opens Solidly on Wednesday
April 1, 2010 16:43 PDT - By Brandon Gray - Box Office News
Topping the Wednesday box office, The Last Song opened to $5.1 million on approximately 3,300 screens at 2,673 theaters, more than doubling the Wednesday launch of The Sisterhood of the Traveling Pants among past similar titles.

The Miley Cyrus vehicle had a much smaller first day than her two previous pictures, Hannah Montana The Movie ($17.4 million) and the Hannah Montana/Miley Cyrus concert ($8.7 million, but they were buoyed by the Hannah Montana franchise and also debuted on busier Fridays. The last Nicholas Sparks adaptation, Dear John, made $13.8 million on its opening Friday, but Last Song is the first Sparks movie to start on a Wednesday so there is no apples-to-apples to comparison.

The Last Song was released on Wednesday to fully exploit spring and Easter breaks for schools nationwide. It edged out How to Train Your Dragon for first place, though, Dragon didn't budge with its $4.5 million ($57.9 million six-day total) and has been performing at an inflated rate as most family or kids movies do in the days leading up to Good Friday. Younger-skewing Diary of a Wimpy Kid was a more extreme example: its $1.1 million Wednesday was up 38 percent over last Wednesday.