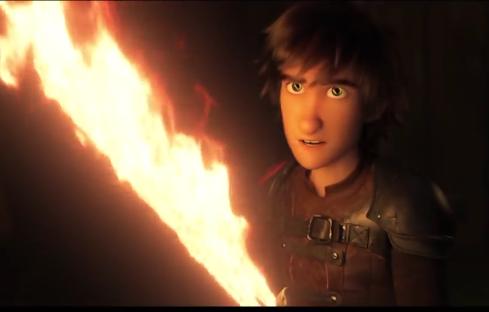 'How to Train Your Dragon 3' Holds off Madea's 'Family Funeral' at Box Office
March 3, 2019 16:09 PST - By Brad Brevet - Box Office News
Universal and DreamWorks Animation's How to Train Your Dragon: The Hidden World was able to fend off Lionsgate's release of Tyler Perry's A Madea Family Funeral and retain the weekend's #1 spot at the box office even though Perry's final outing as Madea outperformed expectations with the fourth best opening in the now nine-film franchise. Focus's Greta settled outside the top five in its debut weekend, while Universal's Best Picture winner, Green Book, saw a strong bump following its Oscar night win.

With an estimated $30 million, Universal's How to Train Your Dragon: The Hidden World dipped -45% in its second weekend, pushing the film's domestic cume to $97.6 million after ten days in release. The film dipped a little more than we expected heading into the weekend, but still managed to hold on better than the second film in the franchise over its sophomore frame as it is still outpacing its predecessors at the same point in the release cycle, though it's looking less and less likely it can maintain that momentum.

Internationally, Hidden World added $52 million this weekend, the bulk of which came from its debut in China where it racked up an estimated $33.4 million. The film's international cume now stands at $277.7 million for a worldwide cume that now tops $375 million. The film still has eight markets left to release, the last of which being Japan on August 23.

In second place is Tyler Perry's ninth film in the Madea film franchise and the multi-hyphenate is reportedly making this his final Madea feature. If that holds true and Lionsgate can't talk him into a tenth pic, the titular character is going out with a bang, delivering an estimated $27 million debut, the fourth largest in the franchise. The film also received an "A-" CinemaScore from opening weekend audiences and if past performances from Madea titles means anything, look for the film to finish right around $60 million if not a bit higher. The film's opening weekend audience was 67% female and 78% of the crowd was age 25 and over, lining up with previous releases.

Fox's Alita: Battle Angel finished with an estimated $7 million in third place, pushing the film's domestic cume over $72 million as it begins its third week in release. The film also added another $40.4 million internationally this weekend from 81 markets for an overseas cume that now totals $278.2 million, giving the $170 million production a global tally that now tops $350 million.

WB's The LEGO Movie 2 took fourth place with an estimated $6.6 million as its domestic cume now stands at $91.6 million. The film also added another $6.1 million internationally this weekend for an international cume that now over $61 million and a worldwide tally that stands at $152.8 million.

Rounding out the top five is last weekend's winner of Oscar's Best Picture, Universal's Green Book, which saw a +121% jump and brought in an estimated $4.7 million, pushing the film's domestic cume over $75 million. Additionally, Lionsgate and Amblin's release of the film overseas delivered $31.9 million from 63 markets this weekend, for an international cume that now totals $112.1 million and a worldwide total over $188 million.

Outside the top five, in something of a log jam from spots five thru eight, is where we find Focus Features's release of Greta, which debuted with an estimated $4.58 million. The performance is within Mojo's expectations, but with 2,411 locations in play that's only $1,902 per location. The film received a "C-" CinemaScore from opening day audiences and played to a crowd that was 55% female with 29% of the overall audience coming in aged 35 and older. The film also opened in Australia and New Zealand this weekend, bringing in an estimated $400,000.

In limited release, Neon's documentary Apollo 11 led the way, debuting exclusively on 120 IMAX screens with an estimated $1.65 million for a per screen average of $13,750. The film will expand everywhere next weekend.

All that being said, 2019 continues to dig itself a hole, currently pacing -26% behind 2018 and is actually pacing behind each of the last five years at the domestic box office. As a result, next weekend's release of Marvel's Captain Marvel will be watched closely as it is set to debut in 4,100+ locations with tracking as of last week targeting as much as $140 million for the three-day. Will it be the start of a major turnaround?