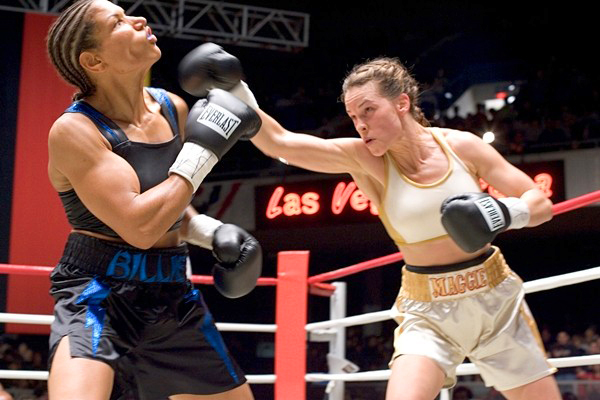 Eight of the Studio's 2004 feature films were honored by the Academy: Clint Eastwood's Million Dollar Baby, which received 7 nominations, including Best Picture, Best Director, Best Actor, Best Actress and Best Supporting Actor; The Aviator, a Miramax and Warner Bros. Pictures co-production, garnered 11 nominations, including Best Picture; The Polar Express and The Phantom of the Opera each received 3 nominations; 2 nominations were bestowed on Harry Potter and the Prisoner of Azkaban; Troy earned one nomination; and Warner Independent Pictures was honored with 2 nominations for A Very Long Engagement and one for Before Sunset.

"Alan and I and everyone at Warner Bros. are so proud to have supported the artists and filmmakers who crafted this incredible array of films," said Barry Meyer, Chairman and C.E.O., Warner Bros.

"We couldn't be more thrilled to have been recognized by the Academy for outstanding achievements in such a diverse range of pictures," added Alan Horn, President and C.O.O., Warner Bros., "from Clint Eastwood's very personal Million Dollar Baby to Martin Scorsese's soaring epic The Aviator to Warner Independent's nominations for A Very Long Engagement and Before Sunset. Our heartfelt congratulations to our filmmakers, partners, collaborators, and everyone who has been involved in bringing these wonderful films to the screen."

Since receiving a special Academy Award at the first ceremony in 1929 for bringing sound to the motion picture industry with The Jazz Singer, Warner Bros. has been honored with more than 100 Academy Awards, including six Best Picture Oscars for the films The Life of Emile Zola (1937), Casablanca (1943), My Fair Lady (1964), Chariots of Fire (1981), Driving Miss Daisy (1989) and Unforgiven (1992).