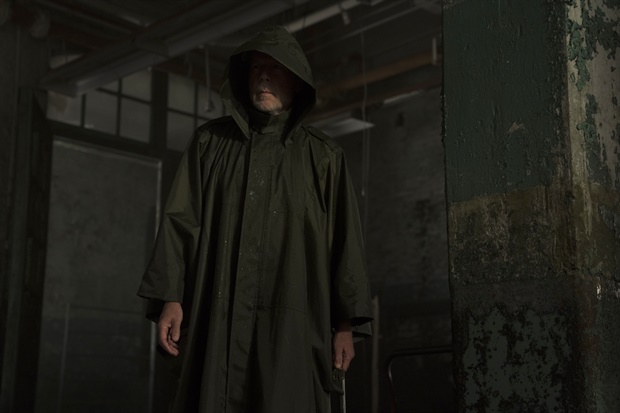 'Glass' Threepeats at #1 Over Dismal Super Bowl Weekend
February 3, 2019 15:15 PST - By Brad Brevet - Box Office News
It was an incredibly soft start to the February box office with the top 12 grossing just a combined $55.4 million. You'd have to go back to the first weekend in September 2017 to find a worse performance from the top twelve films. The top of the box office was a repeat from the last three weekends with Glass taking the top spot while Sony's Miss Bala debuted in third place. Overall, the weekend is expected to be the worst Super Bowl weekend at the box office since 2000 when Destination Films's Eye of the Beholder starring Ashley Judd and Ewan McGregor topped the box office.

Universal's Glass topped the weekend box office for a third straight week, bringing in an estimated $9.5 million, pushing the film's domestic gross over $88 million. Internationally the film added $12.2 million this weekend from 54 markets, for an overseas cume that now totals over $110 million and a global tally just shy of $200 million.

Placing second for a third straight weekend is STXFilms's The Upside, which continues a strong domestic run with a cume that has now topped $75.5 million. This weekend the film dipped just -26% for a $8.85 million fourth weekend.

Sony's Miss Bala landed in third position over its debut, pulling in an estimated $6.6 million from 2,203 locations. The performance is on the soft side for the $15 million production, which entered the weekend with mixed-to-negative reviews — 41 on Metacritic and 27% on RottenTomatoes — and there's also a curious absence of the film's CinemaScore despite the polling service reporting on Twitter they would be polling the film this weekend. To go by audience ratings at RottenTomatoes, 61% said they liked it, while the rating on IMDb tells a different story with a rating of 4.9/10. Opening weekend crowds broke down 54% female and 66% were 25 years of age or older.

WB's Aquaman landed in fourth place, dipping -34% for an estimated $4.78 million and a domestic cume that now totals $323.5 million. The film also brought in another $4.6 million internationally this weekend for a global cume that now totals $1.106 billion with the film set to open in Japan this coming Friday, February 8.

Rounding out the top five was Sony's Spider-Man: Into the Spider-Verse with an estimated $4.4 million for a domestic cume that now tops $175 million, now ranking as Sony Animation's highest grossing domestic release of all-time. The film also added another $1.6 million internationally this weekend for an overseas cume that now totals $172 million.

Just outside the top five is Universal's Oscar contender Green Book, which dipped just -21% in its second weekend since its post-Oscar nomination expansion. The film grossed an estimated $4.3 million over the three-day for a domestic cume that now tops $55 million. Internationally the film also expanded its footprint, delivering an estimated $11.8 million from nearly 50 markets for an international total that now tops $25 million.

Rounding out the top ten was WB's release of Peter Jackson's World War I documentary They Shall Not Grow Old, which scored a massive $8.3 million from just three event screenings prior to this weekend's traditional release in 735 locations. The film ended up delivering an estimated $2.4 million over the three-day for a domestic total that now stands at $10.7 million.

Next weekend should see much better results with Warner Bros. debuting The LEGO Movie 2: The Second Part in over 4,100 locations along with Paramount's release of the R-rated comedy What Men Want, Summit's Cold Pursuit and Orion Pictures's debut of The Prodigy.