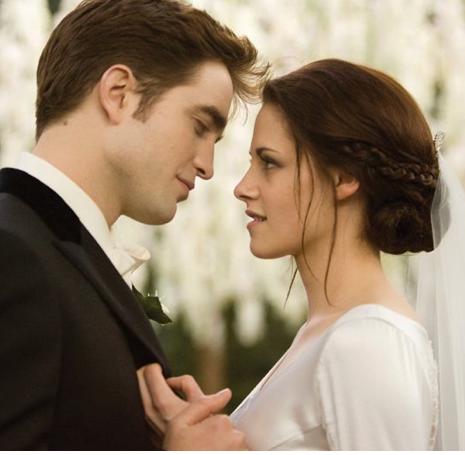 'Breaking Dawn' Draws $30.25M at Midnight
November 18, 2011 9:42 PST - By Ray Subers - Box Office News
The Twilight Saga: Breaking Dawn Part 1 earned an incredible $30.25 million from 3,521 locations at midnight, which is about even with The Twilight Saga: Eclipse ($30.1 million) and up from the last November movie The Twilight Saga: New Moon ($26.3 million). It wasn't quite enough to beat Harry Potter and the Deathly Hallows Part 2's $43.5 million midnight record, though that movie had the advantage of being the final installment and had a 3D boost.

If Breaking Dawn follows New Moon's pattern from here, it will earn $83 million today and finish the weekend with over $160 million, which will qualify as the second-best opening day and weekend ever. Considering the enormous amount of pent-up demand that the midnight shows helped to relieve, those figures are probably the upper bound of it's potential; still, the movie is now clearly positioned for one of the best opening weekends ever.