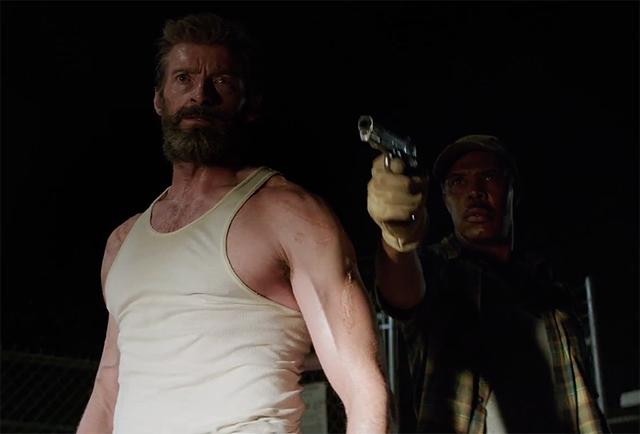 'Logan' Finishes Jackman's Wolverine and Kick-Starts March
March 5, 2017 18:32 PST - By Keith Simanton - Box Office News
Update: Monday, 3/6/17: Looks like Logan had more in him on Sunday than Fox was guess-timating. Actuals have come in at $88.4 million this last weekend (was $85.3 million), with the film easing off of Saturday only 23% and a stellar $21,717 per screen average. So Fox's predicted $21.3 million Sunday take was actually $24.1 million. That puts the James Mangold picture in 4th place for the biggest R-rated opening weekends of all time, now ahead of The Hangover, Part II at $86 million in 2011, and just behind American Sniper with $89.2 million in 2015.—End Update

Fox's Logan may be about old age and winding things down but the film's potent $85.3 million take over the weekend proves there's life in the old Wolverine yet. While it wasn't the biggest R-rated opening weekend of all time, (Deadpool, who snuck into theaters in a preview/snippet with Logan, still claims that title) everyone involved has to be pleased with the results. James Mangold's dark, bloody film, which includes favorite characters facing senility and deep personal regrets, was a calculated risk. In theory that "R" rating should have nixed a hefty percentage of its perceived audience, yet Logan has proved that the comic book genre can expand its scope, even shift its tone, and still pull in the crowds.

As a user (thanks Old Goats Brand) pointed out on Twitter the 4,071 screens Logan showed on represented the widest release of any R-rated film. The closest thing to that count is 2015's Spy, the Melissa McCarty, Paul Feig-directed film, which debuted on 3,711 screens, a full 360 fewer. That June release made $7,838 per screen for a not-spectacular $29 million three-day take. Logan, on the other hand, hauled in a respectable $20.9K per screen, and now holds the biggest opening weekend of the year so far.

Of that $85.3 million, $10.1 of it came from 381 IMAX screens. That's the 2nd highest-grossing R-Rated IMAX opening domestically (after Deadpool at $16.3 million) and is the best R-rated March IMAX opening. Logan followed suit internationally making $10.6 million on foreign IMAX screens, for the 2nd highest-grossing IMAX global opening ever for a R-rated film (agin, after that pesky Deadpool).

Logan's Friday kicked it off with $33 million yet it didn't dip drastically on Saturday, raking in $31.3 million. If Logan does any better than the $21.3 million that Fox is estimating for Sunday that final tally may have to be revised up. Its opening has already squeaked ahead of the unloved X-Men Origins: Wolverine, which made $85 million its opening weekend in 2009 in 4,099 theaters.

Other new films this week included The Shack, which took in $16.1 million on 2,888 screens for the 3rd spot on the weekend chart. That's good enough to prove that the faith-based genre is not dead yet and Shack's take is the 7th biggest opening of a film in the Christian genre. While the film, which stars Sam Worthington and Octavia Spencer, has a 15% percent on Rotten Tomatoes, it has an "A" from CinemaScore and a 6.5 rating on IMDb.

Open Road's Before I Fall underwhelmed with $4.9 million in 2,346 theaters, and a psa of $2,109. That was still good enough for 5th place this weekend. A glimmer of hope can come from the fact that its Saturday take, at $1.9 million, was higher than its Friday take of $1.6 million, so perhaps positive word-of-mouth accounted for that lift, even with a ho-hum "B" from CinemaScore. The film's IMDb rating is 6.6.

Get Out dropped an astonishingly low 22% in its second weekend, landing in the 2nd spot of the charts with an impressive $26.1 million, bringing its domestic haul to $75.9 million.

The Batman Lego Movie took the 4th spot with $11.6 million this weekend for a domestic total of $148 million.

Best Picture winner Moonlight landed just outside the top 10 with $2.5 million in domestic receipts. That's a 255% increase over last week for a total of $25.3 million overall.

This could well kick-off what may be a historic March, Still to come this month is the buzzed-about Kong: Skull Island and Disney's live-action Beauty and the Beast. None of them may open as high as 2012's Hunger Games's $152.5 million opening but they'll certainly perform, setting the stage to break some March records. Nice job old man Logan.