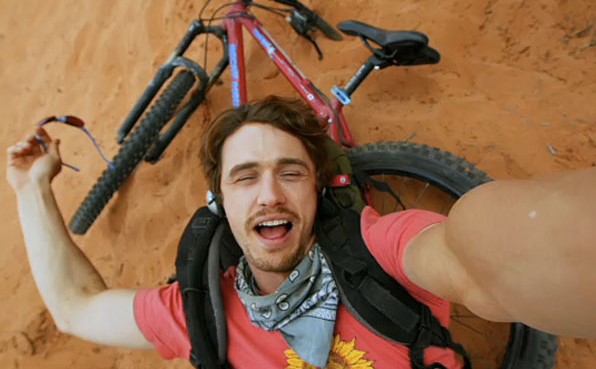 Arthouse Audit: 'King's Speech' Has Royal Debut
November 29, 2010 15:15 PST - By Ray Subers - Box Office News
While 127 Hours and Fair Game officially came out on top this weekend, newcomer The King's Speech was the talk of the arthouse scene thanks to high attendance at four theaters in New York and Los Angeles. The weekend's other major new releases were much less impressive: The Nutcracker in 3D barely made a sound, and Break Ke Baad had one of the worst Bollywood debuts of the year.

Riding a wave of strong reviews and awards season hype, The King's Speech grossed $355,450, averaging $88,863 per theater. That's the highest opening average for any movie in 2010, passing The Kids Are All Right's $70,282. More impressively, it logged the top-grossing average on record for four locations. The Weinstein Company currently plans to give The King's Speech a gradual expansion over the next month.

127 Hours was up 87 percent to $1.7 million. Its $5,832 average at 293 locations was slightly behind Into the Wild's fourth weekend average, though Into the Wild played at just over half the theaters. While distributor Fox Searchlight has yet to officially announce it, expect 127 Hours to make a nationwide expansion (over 600 theaters) this weekend to take advantage of the dearth of new releases.

Fair Game's theater count was only up 10 to 396, but it increased seven percent to $1.6 million. This hold indicated at least some level of sustained interest in the Naomi Watts-Sean Penn thriller, which has earned $6 million through its fourth weekend.

The Girl Who Kicked the Hornet's Nest dipped three percent to $390,888 at 168 locations for a total of just over $4 million. It now trails predecessor The Girl Who Played with Fire by around a half a million dollars.

Documentary Inside Job eased nine percent to $307,389 at 132 locations. Its per-theater average of $2,329 was an improvement over the past two weekends, though that's probably a result of distributor Sony Pictures Classics reducing the theater count to a level more suitable for the movie. Since opening last month, Inside Job has made $2.63 million.

Break Ke Baad opened at 85 locations but only grossed $194,737 over the three-day weekend for a $310,329 five-day total. Considering the size of its release, it was easily one of the most disappointing Bollywood debuts of 2010.

While Break Ke Baad fizzled, The Nutcracker in 3D was the weekend's major disappointment. Playing at 42 theaters, the reimagining of the classic ballet bombed in its debut, grossing $65,944 for the three-day weekend for a $87,539 five-day tally. Distributor Freestyle Releasing attributed the movie's dreary performance to its target audience (moms and their children) overwhelmingly choosing to see Tangled. Freestyle is looking to still expand the movie this upcoming weekend, though it won't be taking it nationwide as previously planned.

The only other new release was The Legend of Pale Male, which earned $12,910 at one location. Add in its Wednesday and Thursday grosses and the documentary got off to a decent $15,952 five-day start.