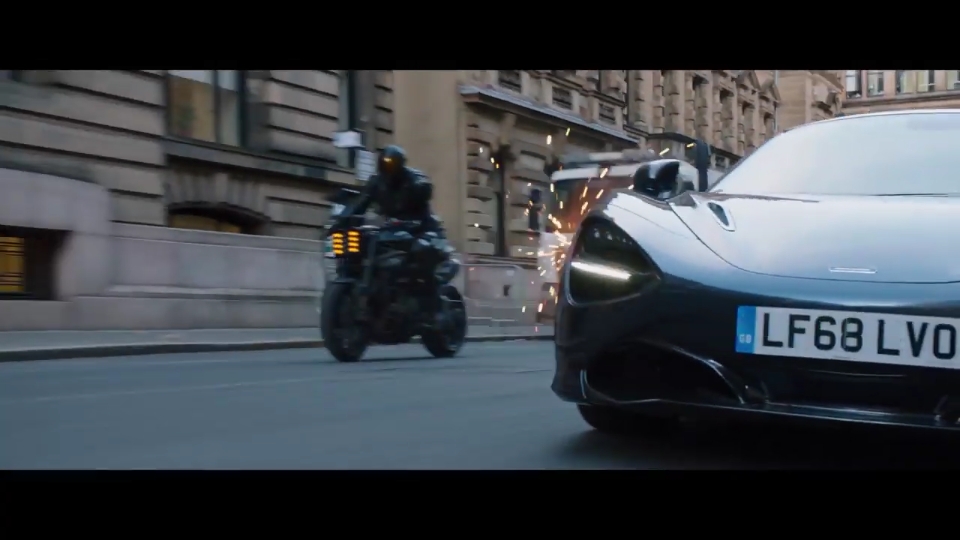 'Fast & Furious' Spin-Off, 'Hobbs & Shaw', Off to $180 Million Global Launch
August 4, 2019 16:15 PDT - By Brad Brevet - Box Office News
The Fast & Furious franchise has yet again delivered a #1 opener with the franchise spin-off Hobbs & Shaw taking the top spot at this weekend's box office. Overall the weekend showed improvement over the same weekend last year for the third straight week in a row and on top of Hobbs & Shaw, continued strong performances from The Lion King, Once Upon a Time in Hollywood and the platform release of A24's The Farewell helped what has been a bit of a late summer surge at the domestic box office.

Universal's Hobbs & Shaw debuted in 4,253 theaters this weekend (the second widest release in the Fast & Furious franchise) with an estimated $60.8 million, which is right in line with the studio's pre-weekend expectations. The $200 million production also received an "A-" CinemaScore from opening day audiences and currently holds a strong, 90% audience score on RottenTomatoes. Of that audience, 58% were male, which lines up with the audience make up for The Fate of the Furious.

Of course, Fate of the Furious opened with $98 million, nearly $40 million more than Hobbs & Shaw, completing its run with $226 million domestically. Should Hobbs & Shaw deliver a similar, 2.29x multiplier we'd be looking at a domestic run right around $140 million, which would make it only the seventh highest grossing in the now nine-film franchise. In fact, outside of the first film in the franchise, the average multiplier for a Fast film is 2.4x, which would mean a domestic run around $146+ million. It will be interesting to see how the film performs next weekend as the marketplace will see a massive five new wide releases hit theaters. While none of the new films particularly target Hobbs & Shaw's audience, that's a lot of new content to go up against when audience interest in this spin-off clearly doesn't match the enthusiasm for the Fast films featuring the original cast.

Hobbs & Shaw's worth, however, isn't evaluated only on domestic returns as the film launched in 63 overseas markets this weekend with an estimated $120 million, securing a $180 million global debut. The performance is the fifth largest global opening ever for Universal, and tops the $177.8 million global debut for Godzilla: King of the Monsters earlier this year.

Disney's The Lion King also delivered on expectations, dipping -50% with an estimated $38.2 million for a domestic cume that now tops $430 million. Internationally, the film added to its massive global cume with an additional $72 million, pushing its overseas total to $765 million for a global tally topping $1.195 billion. Next weekend the film will launch in Japan followed by an August 21 opening in Italy.

Quentin Tarantino's Once Upon a Time in Hollywood also lived up to expectations, dipping -51% for an estimated $20 million sophomore frame. The performance puts the film's domestic gross at $78.8 million as it enters its second weekend in release.

Rounding out the top five is Disney and Pixar's Toy Story 4, which grossed an estimated $7.15 million as it entered its seventh week in release with a domestic cume that now totals $410 million. Internationally, the animated feature brought in another $10.2 million for an overseas cume that is now just shy of $550 million for a global tally topping $959 million.

Outside the top five, A24's The Farewell continues its strong platform run, grossing over $2.4 million from just 409 locations, bringing the film's domestic cume to $6.8 million. The film will continue to expand throughout August and beyond with no specific word as to when it will finally reach nationwide status.

Next weekend will see a crowd of new wide releases hitting theaters with Paramount debuting Dora and the Lost City of Gold in 3,500 locations; Fox's The Art of Racing in the Rain drives into 2,800 theaters; Lionsgate will debut Scary Stories to Tell in the Dark in 3,000 locations; WB will debut The Kitchen in 2,700+ theaters; and Bleecker will introduce audiences in 1,500 theaters to Brian Banks.