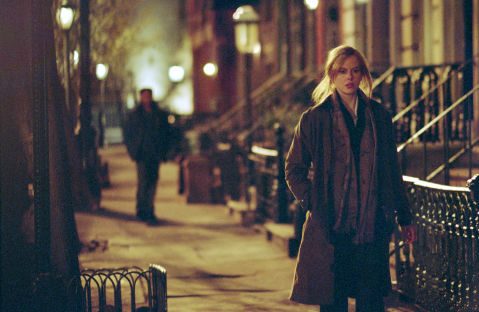 This Weekend in Box Office History: Comparisons for April 23-25, 2010
April 23, 2010 13:43 PDT - By Brandon Gray - Box Office News
Traditionally, late April hasn't been the most exciting time at the box office, but Hollywood has been making more and more attempts to capitalize on the days leading up to the summer movie season.

The Interpreter topped the box office with $22.8 million at 2,758 theaters. It was one of the biggest-grossing debuts for a political thriller at the time. In second, The Amityville Horror (2005) had a solid second weekend hold by horror standards, while Sahara held well in third. The other nationwide debuts were a bust: A Lot Like Love opened to $7.6 million, Kung Fu Hustle mustered just $6.7 million and King's Ransom was ignored with $2.1 milllion. • Weekend Report

Trying to offer summer excitement in April, U-571 emerged with a chart-topping $19.6 million at 2,583 sites. That was and still is the highest-grossing debut ever for a submarine thriller, although it didn't pack quite as many viewers as Crimson Tide and The Hunt for Red October. Love & Basketball opened in a distant second with a decent $8.1 million at 1,237 sites. • Weekend Chart

At this point, this weekend wasn't as close to the big summer movies as it was in later years, and that distance grows the further back one goes. Sandra Bullock's first vehicle and one of her most popular movies to this day, While You Were Sleeping, debuted atop the box office with $9.3 million at 1,421 venues, unseating Bad Boys. The news wasn't as good for David Caruso vehicle Kiss of Death, which opened to $5.3 million at 1,623 sites, while Leonardo DiCaprio's first vehicle, The Basketball Diaries, flopped with $765,335 at 317 sites. • Weekend Chart

Police Academy 2: Their First Assignment's box office reign continued for the fourth weekend in a row. The comedy made $4.1 million at 1,613 sites. Two modest pictures debuted: Moving Violations ($3.5 million at 1,322 sites) and The Company of Wolves ($2.2 million at 995 sites). Famous movies such as Mask, Ladyhawke, Desperately Seeking Susan and Beverly Hills Cop also resided in the Top Ten. • Weekend Chart

Another way of looking back at the box office is to check out the years when the dates and weekend numbers were aligned. 2004 was the last year that weekend 17 landed on April 23-25. In general, April 2004 was a robust time at the box office compared to other Aprils, and the weekend of April 23-25 was no exception. Man on Fire was unleashed and led with $22.8 million, while 13 Going on 30 debuted in second with $21.1 million. 1999 was the previous year that this weekend was April 23-25, but that was a dull time for new movies: The Matrix led in its fourth weekend, while Pushing Tin, Lost and Found (1999) and eXistenZ opened to mostly empty houses. Hitting the previous instances of an April 23-25 weekend, one also finds holdovers holding court: Indecent Proposal in 1993 and Porky's in 1982.