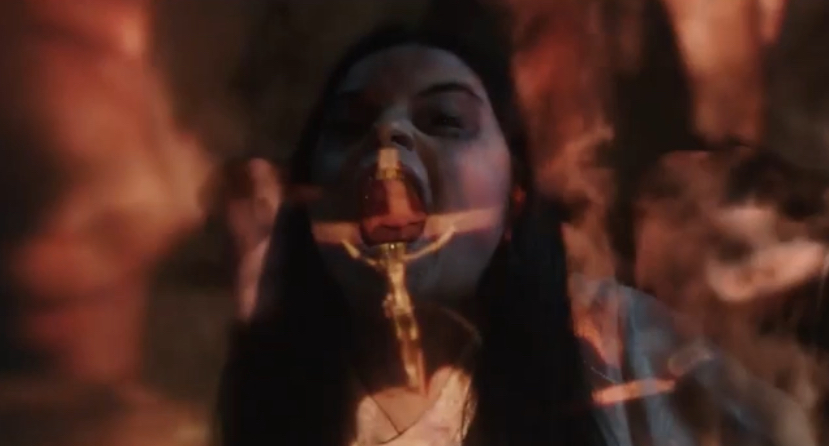 'Toy Story 4' Looks to Repeat at Weekend Box Office Over 'Annabelle' & 'Yesterday'
June 27, 2019 18:06 PDT - By Brad Brevet - Box Office News
New releases have seen some struggles as of late, with several summer sequels debuting well below expectations and this weekend sees yet another sequel in Annabelle Comes Home attempting to avoid a similar fate. On top of that, Universal unveils an original project in Danny Boyle's Yesterday looking to ride a wave of positivity into the weekend.

At the top of the charts, look for Disney and Pixar's Toy Story 4 to repeat at #1. Looking at past Toy Story releases the second wide weekend has seen a range of performances, but we're looking specifically at Toy Story 3's -46% second weekend drop as well as Incredibles 2 and Finding Dory, which dropped -56% and -46% respectively. Given Toy Story 4's debut hues a bit closer to Toy Story 3 and Dory we're leaning more toward anticipating a similar, -46% drop this weekend, which would result in a sophomore performance over $65 million, pushing the film's domestic gross over $240 million by the end of the weekend.

In the runner-up position we come to Warner Bros. and New Line's Annabelle Comes Home, marking the third film in the Annabelle franchise and sixth official entry into The Conjuring franchise. The film began playing in theaters on Wednesday with Tuesday night previews beginning at 6PM, where the film generated an impressive $3.5 million. However, that only translated into a $7.2 million opening day along with a "B-" CinemaScore, the lowest of the franchise.

Speaking of the franchise, the past two Annabelle releases have opened with $37 and $35 million and heading into the weekend the studio was anticipating a five-day performance for this third installment around $30 million. While that still remains a possibility, given the film's start, it seems unlikely.

In terms of comps, looking at films such as The First Purge, which debuted on a Wednesday last July, it brought in $9.3 million on its opening day and climbed to over $31 million for the five-day. Terminator: Genisys brought in $8.9 million on its opening day in July 2015, and finished the weekend with over $42 million. While Annabelle's preview performance outperformed The First Purge, it's opening day is noticeably short, suggesting a five-day performance around $25-27 million is most likely.

Universal's high concept feature Yesterday is looking at a third place finish, though it could be anywhere from a respectable $11-14 million, or perhaps climb as high as $17 million and move into second place for the weekend. Directed by Danny Boyle, we've had a bit of a hard time finding a direct comp, though films such as I Feel Pretty and Isn't It Romantic come to mind in terms of concept, while the likes of Long Shot, Book Club and The Intern seem like solid audience comps. A look at IMDb page view data for all of those comps is positive, the only thing that has us slightly hesitating on going too high with our forecast right now is the theater count.

All of the comps mentioned, outside of Book Club — which opened over Mother's Day weekend — debuted in over 3,000 locations with I Feel Pretty debuting in nearly 3,500 theaters. Yesterday is looking at only a 2,603 location launch, which has us anticipating an opening around $12+ million, which actually feels a bit conservative. Additional analysis suggests a debut closer to $14 million and if it can truly maximize on its theater selection, an opening even higher wouldn't surprise us in the least.

Disney's Aladdin continues its strong and steady performance as it enters its sixth weekend in release. Right now we're looking for a -30% dip or so this weekend, which would give the film a $9+ million three-day as it's domestic total climbs over $305 million.

Rounding out the top five look for The Secret Life of Pets 2, looking at a drop around -38% or so, and a three-day over $6 million for a domestic cume right around $130 million by the end of the weekend.

Also worth mentioning is Avengers: Endgame, which Disney is expanding back into 2,025 locations (+1,040) this weekend after announcing the box office juggernaut will be released on digital at the end of July and Blu-ray in mid-August. The big sell this weekend is the film comes with an intro from director Anthony Russo, an unfinished deleted scene and a sneak peek at next week's release of Spider-Man: Far from Home. How many folks will venture to theaters to catch the film yet again for these extras is near impossible to determine, but we're anticipating at least a $2.5 million three-day as the film gets closer and closer to $840 million domestically.

In limited release, IFC will debut Ophelia into 50 theaters; Sony Classics will launch Maiden in six theaters; and Greenwich will release Three Peaks.