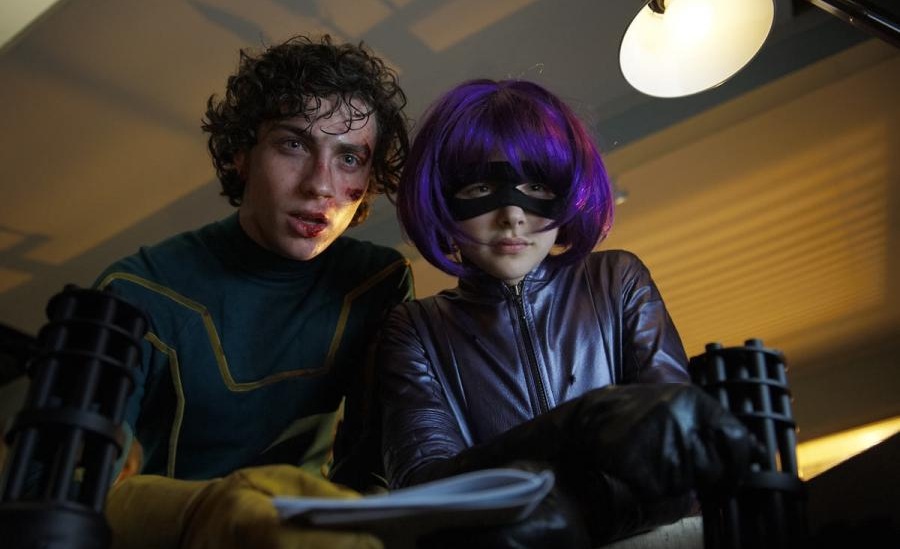 
After a debatable first place finish last weekend, Kick-Ass definitively topped the box office for the week of April 16-22. How to Train Your Dragon wasn't far behind, though, nor were Date Night, Death at a Funeral and Clash of the Titans. Overall box office was up eight percent from the same week last year, when 17 Again led with $28.3 million.

​Kick-Ass's $25.4 million represents the highest-ever first week take for a live-action superhero comedy, topping Mystery Men's $14.6 million in 1999. In fact, after just one week in theaters, Kick-Ass has made more than any other live-action superhero comedy besides Mystery Men ($29.8 million), which it will pass this weekend. Thanks to massive amounts of hype, though, Kick-Ass still has a long way to go to be considered an unmitigated success.

​How to Train Your Dragon, on the other hand, continued its impressive run, down only 19 percent to $24.4 million. It's now grossed a total of $163 million and, by the end of the weekend, will be tracking better than Monsters Vs. Aliens through the same point. It's interesting to note that the day after Dragon's $43.7 million debut, DreamWorks Animations' stock plummeted eight percent; it has now fully recovered to pre-release levels, though, as it becomes clear that stellar word-of-mouth is turning Dragons in to a major hit.

​Finishing in third place, Date Night was down 35 percent to $20.9 million for a two-week total of $52.9 million. Fourth place went to opener Death at a Funeral, which finished with $20.5 million. This is nearly identical to the first week grosses of comparable movies First Sunday ($20.7 million) and Welcome Home Roscoe Jenkins ($20.2 million), and, if it follows a similar pattern, it could close north of $40 million. Clash of the Titans rounded out the top five, down 42 percent to $19.4 million. Its three-week total of $136.6 million is solid, but still way behind 300's $168.5 million through the same timeframe. Clash did overcome one rival this week, though, passing Troy's final gross ($133.4 million) on Monday (it still lags in estimated tickets sold, however).

​While it only played for one day this week, Disneynature documentary Oceans managed to crack the Top 12 thanks to a $2.5 million tally on Earth Day. This is off 39 percent from Earth's debut last year, indicating that Disneynature's 2010 documentary isn't generating comparable interest. Regardless, Oceans is on course to post the third highest-grossing documentary opening weekend ever.

​Finally, despite its DVD release this week, Avatar continued to play well, grossing $1.4 million for a week-to-week improvement of 21 percent; its record-breaking total is now $745.5 million.

• Weekend Report: 'Kick-Ass' Opens Up a Can of Weak Sauce