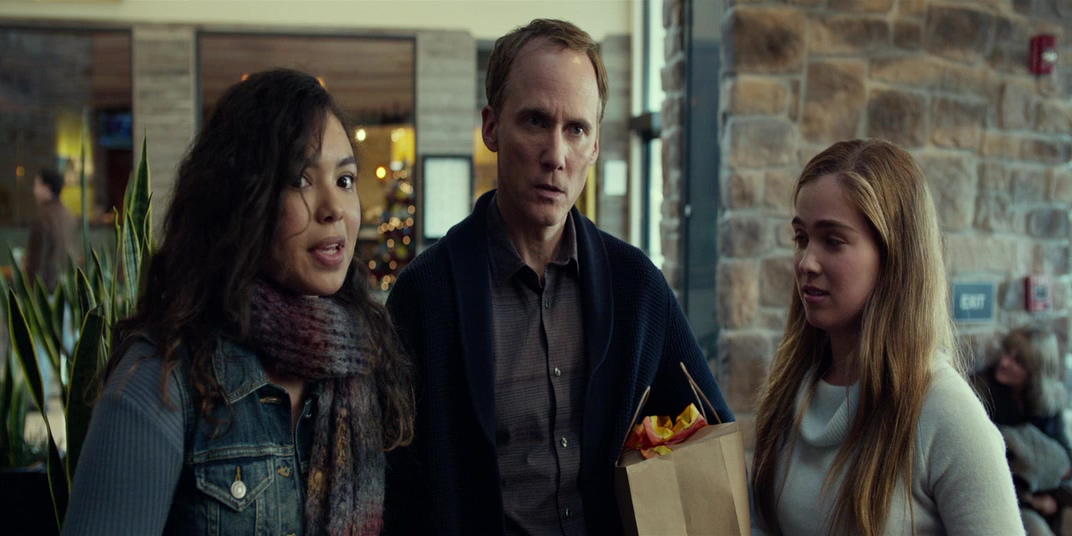 Shyamalan's 'Split' Impresses with $40 Million Debut as 'Rogue One' Tops $1 Billion Worldwide
January 22, 2017 16:28 PST - By Brad Brevet - Box Office News
M. Night Shyamalan has delivered a second hit in a row as his latest film, Split, is estimated to have delivered a top five January opening, leading the weekend charge with a three-day opening four times as big as its reported $10 million budget. Meanwhile, Paramount's xXx: The Return of Xander Cage delivered as expected while the Weinstein's The Founder scored a top ten finish. Additionally, Disney's Rogue One: A Star Wars Story has become the 28th film to top $1 billion worldwide.

With an estimated $40.18 million, Split is currently the fourth largest January opening of all-time, just ahead of 2008's Cloverfield, which debuted with $40 million and went on to gross $80 million domestically. This is also a dramatic improvement over Shyamalan's well-received 2015 thriller The Visit, which opened with $25.4 million and went on to gross over $65 million. Should Split be able to pull off a 2.5x multiplier we'd be looking at Shyamalan's first $100 million domestic earner since The Last Airbender brought in $131.7 million back in 2010.

Split received a "B+" CinemaScore from opening day audiences, of which 52% were female vs. 48% male and 52% were under the age of 25. Additionally, 50% of the opening weekend audience was Caucasian, 23% Hispanic, 19% African American and 5% Asian.

Internationally, Split debuted in 20 overseas markets and brought in an estimated $5.8 million. This includes an estimated $3.1 million from the UK and Ireland. Split will continue to roll out in over 40 more markets over the next few months including openings in Austria, Croatia, Denmark, Germany, Greece, Italy, Romania, Spain, German-Switzerland, Australia, Pakistan and Paraguay next weekend.

In third is Fox's breakout release of Hidden Figures, which brought in an estimated $16.25 million as its domestic cume is now just shy of $85 million.

Rounding out the top five, Lionsgate's La La Land brought in an estimated $8.35 million from 1,865 theaters as its domestic cume nears $90 million ahead of next weekend's Oscar nominations, following which it will expand into even more theaters nationwide. The film also brought in an estimated $16.6 million from 57 international markets, lifting its international cume to $83.7 million for a worldwide total over $173 million.

Finishing just outside the top five is Disney's release of Rogue One: A Star Wars Story, which brought in an estimated $7 million this weekend as its domestic cume climbs to $512.2 million plus an additional $9 million internationally. This brings the film's international gross to $499.1 million for a worldwide gross over $1 billion, making Rogue One the 28th film to have ever grossed over $1 billion worldwide and Disney's fourth 2016 release to cross the milestone.

Inching into the top ten is The Weinstein Co.'s release of The Founder, which premiered in 1,115 theaters and brought in an estimated $3.75 million for a ninth place finish. Opening weekend demographics for The Founder saw the film play to an audience that was 50/50 male vs. female with 75% over the age of 35 and 25% under the age of 35. Additionally, A24's expanded release of 20th Century Women into 650 theaters (+621) brought in an estimated $1.4 million as its cume now stands at $2.3 million.

Speaking of expansions, after Martin Scorsese's Silence added 696 theaters last weekend and managed $1.98 million from 747 locations, Paramount added another 833 theaters this weekend and things didn't get much better. From 1,580 locations, Silence brought in a mere $1.15 million as the film's domestic gross has so far limped over $5 million.

The last of the weekend's new wide releases is High Top's faith-based feature The Resurrection of Gavin Stone, which the studio was hoping would bring in $3 million this weekend from 887 theaters, but it could only muster $1.35 million. This is on par with last year's Hillsong - Let Hope Rise, which went on to gross $2.39 million domestically.

In limited release, Sony Classics debuted The Red Turtle in three theaters where it brought in an estimated $21,811.

Next weekend sees the release of Gold from The Weinstein Co., Screen Gems will debut Resident Evil: The Final Chapter and Universal will be releasing A Dog's Purpose, which has had its own share of controversy lately and how that will affect its opening weekend is yet to be seen. Additionally, Pantelion will release Un Padre No Tan Padre into ~300 theaters.