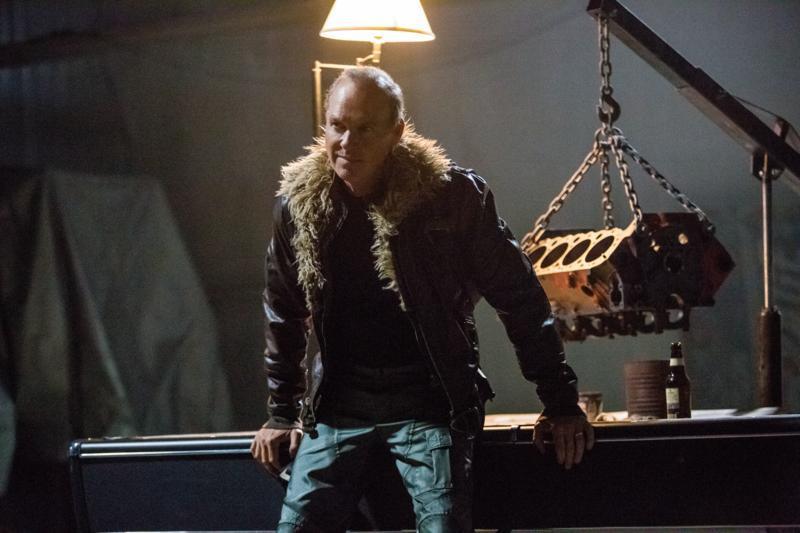 July 2017 Box Office Marks Third Straight Month in Decline
August 9, 2017 0:36 PDT - By Brad Brevet - Box Office News
After July 2015 and 2016 saw increases from one year to the next, July 2017 took a step back, down 12.2% compared to 2016 with calendar grosses reaching $1.2 billion from 221 films compared to $1.37 billion last July. Leading the way was Sony's Spider-Man: Homecoming, which topped all releases bringing in $280 million in July, earning Sony the #1 spot for the month with six films grossing nearly $390 million. Overall, this marks the third month in a row to show a decline compared to 2016 with the summer movie season struggling and showing no sign of improvement in the month of August with the season currently pacing 11% behind 2016. Overall, 2017 is currently -2% compared to 2016 with August likely to become the sixth month out of the first eight to show a decline from one year to the next.

Digging deeper into July, we'll start at the top with Spider-Man: Homecoming, which delivered $280 million since its July 7 release. The film is now approaching $300 million domestically, currently just $2.98 million shy as of August 8. This is Sony's second reboot of the Spider-Man franchise following Sam Raimi's three films from 2002 to 2007 and Marc Webb's two features in 2012 and 2014. Now the webslinger, played by Tom Holland, has been injected into the Marvel Cinematic Universe (MCU) and a sequel is already set for July 2019, picking up after the events in May 2018's Avengers: Infinity War, in which Holland will return as Spider-Man/Peter Parker. With the box office prowess of the Avengers franchise intact, the power of the Spider-man franchise, however, will be soon be tested with Venom, a spin-off set for October 2018 starring Tom Hardy.

Homecoming currently stands as the ninth highest grossing installment in the MCU behind Iron Man 2 with $312.4 million domestically. The film also sits in ninth position on worldwide chart compared to other MCU features with $675.6 million globally, $22 million behind Doctor Strange's $677.7 million global tally.

The second highest grossing film in July wasn't a July release, but having hit theaters on June 30, Despicable Me 3 is close enough that it doesn't look bad sitting in runner-up position with $202.3 million for the month. The film is, however, the lowest grossing in the franchise domestically and ranks third among other Despicable titles worldwide with $886.2 million so far. Next up for Universal and Illumination in the Despicable realm is Minions 2 in July 2020, following up on the massive success of 2015's Minions, which delivered $336 million domestically and a massive $1.16 billion worldwide.

Fox's War for the Planet of the Apes finished third for the month with $120 million as the third installment in the rebooted franchise impressed critics (82 on Metacritic / 93% on RottenTomatoes) and audiences ("A-" CinemaScore / 7.9/10 on IMDb), but failed to live up to its predecessors. Since its mid-July release the film has grossed just over $132 million and is a distant third compared to the two other installments in the franchise, currently $44.4 million behind 2011's Rise of the Planet of the Apes domestically and over $200 million behind Rise internationally. While Fox dialed back the budget compared to 2014's Dawn of the Planet of the Apes, the $150 million price tag for War remains a sticking point when you consider Rise came in at just $93 million.

Hopefully War's international prospects will be bolstered once it hits theaters in South Korea in a week, China in mid-September and Japan in mid-October. While Rise of the Apes only did $30.8 million in China back in 2011, Dawn surged to over $107 million in 2014 along with $30.5 million in South Korea and nearly $13 million in Japan.

With $104.6 million, Christopher Nolan's Dunkirk finished in fourth in July despite the fact it released on July 21 and only had eleven days to challenge for a spot on the chart. Compared to Nolan's last film, Interstellar, Dunkirk is pacing $13.4 million ahead of the 2014 sci-fi adventure, despite giving the Wednesday opener a two-day head start. Internationally the film has brought in over $180 million as of this past weekend and has still yet to debut in several top markets including Italy, China and Japan.

Rounding out the top five is Edgar Wright's Baby Driver, which brought in over $77 million in July after opening in late June. Alone that more than doubles the domestic haul of any of Wright's previous releases and, with the film currently sitting at $97.9 million, it has grossed more than the $94.7 million total for all four of Wright's previous films combined.

Just outside the top five we find one of the bright spots in July 2017, Universal's Girls Trip. Budgeted at just $19 million, the R-rated comedy has grossed over $88 million domestically so far and will soon push over $100 million as it is currently pacing well ahead of Bad Moms at the same point in the release cycle, which finished with $113.2 million domestically just last year. Girls Trip is already the highest grossing release for director Malcolm D. Lee and will soon top both Ride Along 2 and Think Like a Man for producer Will Packer, which would lead one to assume a second "trip" for stars Regina Hall, Queen Latifah, Jada Pinkett Smith and Tiffany Haddish will be booked sooner rather than later.

Next, we come to the story of Wonder Woman, which has now topped $400 million domestically, becoming only the 27th movie to ever do so and the seventh superhero movie. Additionally, it will soon become the highest grossing Superhero origin story, topping Spider-Man's $403.7 million (unadjusted for inflation).

One interesting stat that became a topic of online conversation was Wonder Woman's streak of consecutive days grossing over $1 million, a streak that ended on July 17 after 45 days in release. We did some digging to see where exactly that placed the film compared to Mojo's historical data and it tied for 17th with 13 other films including Star Wars: The Force Awakens, Jurassic World, Tim Burton's Batman and 2002's Spider-Man. In terms of superhero movies, the only one that held the streak longer was The Avengers with 52 days and leading the way with an outstanding 101 consecutive days is Titanic followed by E.T. and Avatar both with a distant 80 days.

July's biggest miss would easily appear to be STX's release of EuropaCorp's Valerian and the City of a Thousand Planets. Budgeted at nearly $180 million after subsidies, the film debuted domestically with just $17 million and has yet to top $90 million worldwide.

From a studio perspective, the top ranked studio is once again Disney thus far with $1.39 billion from nine films. That, however, is $642.5 million short of where they stood at the same time last year. Disney didn't have any new releases in the month of July and won't have another release until November's Thor: Ragnarok, but from there it's Pixar's Coco in late November followed by Star Wars: The Last Jedi to end the year. Disney currently holds two of the top five spots at the yearly box office with Beauty and the Beast ($504m) and Guardians of the Galaxy Vol. 2 ($388m).

Universal is in second place with $1.259 billion domestically, a 43% improvement over where they were at the same time last year despite the fact they've had three fewer films so far this year. Beyond the obvious—Despicable Me 3 and The Fate of the Furious—Universal has had strong performances from smaller budgeted features including the aforementioned Girls Trip as well as early year releases Get Out and Split, the three of which carry a combined budget of $32.5 million and have generate more than $400 million altogether so far.

Warner Bros. slides into third as the only other studio this year to top $1 billion domestically. WB's grosses through July have shown an 11% improvement over last year thanks in large part to films such as Wonder Woman, The LEGO Batman Movie, Kong: Skull Island and Dunkirk. Looking ahead, the studio has some big titles coming up including the buzzy horror feature It and LEGO's Ninjago in September, Blade Runner 2049 on October and Justice League in mid-November.

Fox ranks fourth among the top studios with $961.5 million as of the end of July, a difference of -14% compared to last year when they joined Disney as the only two studios to top one billion by the end of July*. And Sony rounds out the top five after leading the month of July with $387.8 million, of which accounts for almost 65% of the studio's yearly total of $602.6 million, a 24% increase compared to the same time last year.

Looking ahead, August got off to a rough start this past weekend with the fifth lowest grossing weekend of the year so far and the worst weekend of the summer yet. Things could pick up a little this weekend with the release of Annabelle: Creation, the fourth film in the popular Conjuring franchise, but otherwise it's looking like a slow go until WB's It in September, an adaptation of the popular Stephen King novel that should show a significant improvement over The Dark Tower, which just kicked off August with a dull thud.

Finally, several films ended their domestic run in July, below is a sampling of titles ordered by cumulative gross.

* Disney had actually topped $2 billion by July 2016, the fastest studio to ever reach that mark domestically.